This page is for listing interesting websites I've found throughout my time on the Internet. Lots of these were submitted to the Legecy Windows Discord server. 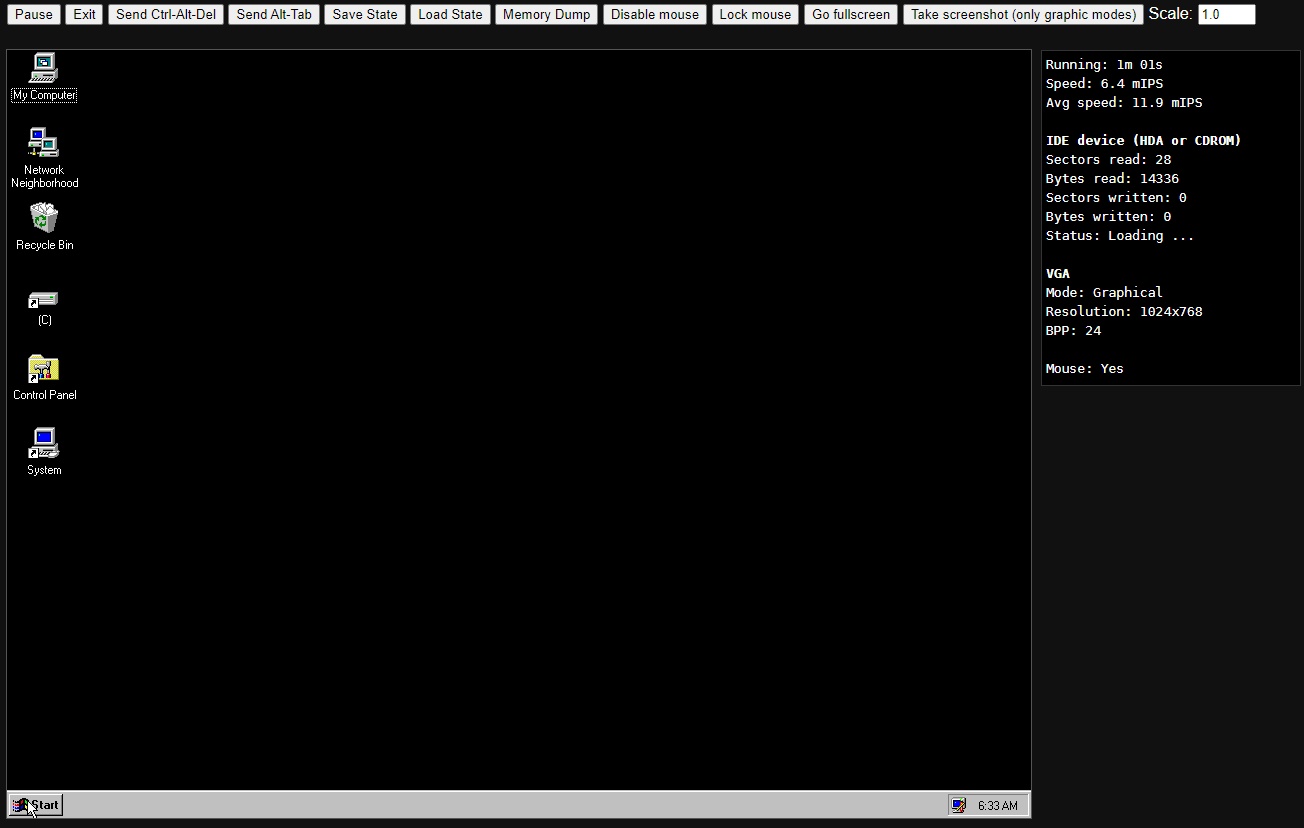 This website lets you run virtual machines in your web browser! Unfortunatley, they're incredibly unresponsive, unless you select one that's really lightweight like Windows 1.01. Even Windows 95 fails to respond. In the above image I couldn't even open the Start menu! Arch Linux is actually pretty slow as well, but I think it's because the virtual machine is downloading files as they're needed. I tried to install neofetch via pacman, however it took forever for much to even happen. 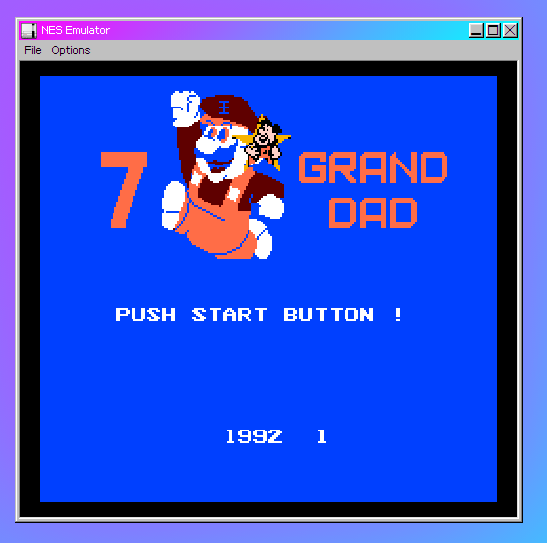 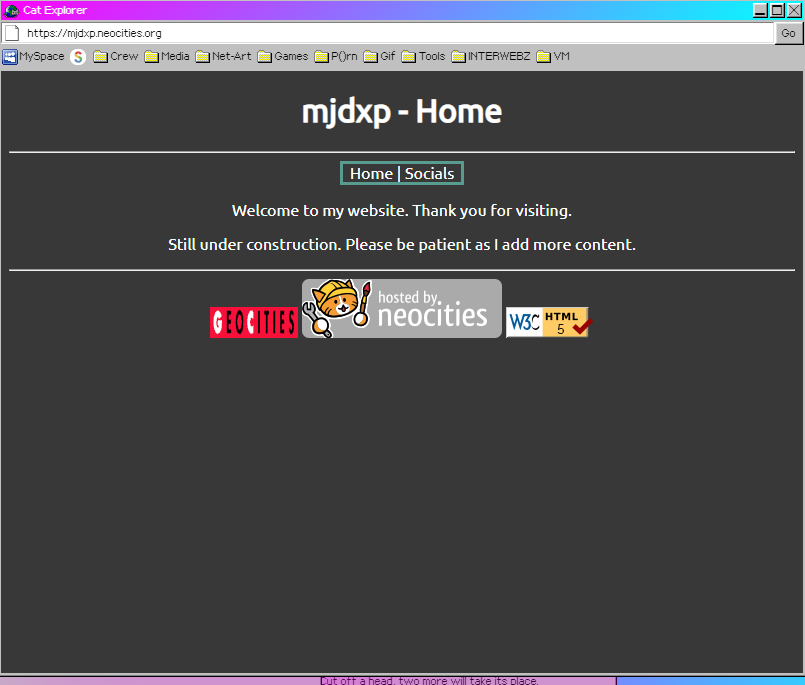 This is a browser based Windows parody/game thing. Attempt to browse the Internet, play some Doom, make funny jokes about bootleg video games, and try to beat BrianSweeper (I swear, I always lose...). Overall a really neat thing to play with. And hey, guess whose website works with it?

This is a website built for older browsers. It looks similar to a 90s website, with a lot of similar features. The main goal is to make browsing old websites from the Internet Archive's Wayback Machine possible on old web browsers. It also has other neat features such as the Wikipedia Proxy, which lets you view modern Wikipedia articles in an old web browser. I could see this being useful if you only had a very old computer running Windows 9x to learn about things going on in the modern world. There's a bunch of old stuff to check out for people running modern web browsers too, so check this one out!

This website simulates a classic typewriter, and all the frustrations that come with it.

An online OS inspired by older operating systems that's a pain to navigate, with games, a web browser, online chat, and more.

Tired of people who are toxic on Twitter? Do you ever just see a tweet and wish you could block literally everyone who liked it? Well, this tool is for you, letting you easily "nuke" tweets as you wish.

This site allows you to emulate old computers and software in your web browser. There are quite a few different computers, programs, and games to check out. You could easily spend hours here.

CollabVM (WARNING: Not safe for work!)

A site that lets you and other anonymous people on the web control a variety of Windows and Linux virtual machines, often leading to people trying to either open NSFW images or destroy the system. Absolute chaos but also pretty fun to mess with.

A version of Tetris which runs in your web browser and will make you dizzy.

Similar to FrogFind, but it only searches for websites that are simple enough to display in old web browsers. Great for finding old websites, you can find some real gems from the past with this tool.

Most computer users would never even consider using Windows 95 as their main OS today, but if you really want to, this website is there for you. Personally, I'd rather use something a bit more stable, perhaps Windows NT 4.0?

I don't know about using Windows 95 as a daily driver, but I think XP is still a completley usable operating system today. As a matter of fact, I've met many people who use Windows XP still. If you just refuse to upgrade from the best Windows version ever in many people's opinions, this wiki has you covered. There's more you can do in Windows XP in 2021 than you'd think. You'll be shocked when you learn how many Chinese versions of Chromium exist for it.

This site hosts loads of old versions of programs for legacy Windows versions.

A small community of retro software enthusiasts with discussion boards for operating systems and other computing related topics.

Lots of old X11 programs are on display here. It can be kind of hard to track some of them down (still looking for that Y2K tracker...), but it's really cool to just look at all the old software screenshots. Most of these programs will run on a modern Unix like operating system such as GNU/Linux or BSD.

Apparently Netscape is stil an ISP, and they provide this web page that at first glance looks like it's from 2011, but actually it's still updated with recent news. Rather strange in my opinion but cool nonetheless.